Museum for the Unbuilt

For a competition for the Unbuild oRb chose an iconic site, the Mr. Visserplein in Amsterdam, for a Museum for the Unbuilt. The Mr. Visserplein has a rich history. The devastating second world war and the post war urban renewal and infrastructural challenges has layered a series of conflicting urban visions onto a delicate space in the heart of the City of Amsterdam. A former tram stop is currently in use as a children’s play yard, with the sites original tarmac road as its ground floor.

In the design the Museum is shaped as a worm-hole, a metaphor for an entrance to an alternate reality; the reality of the unbuilt. The actual entrance to the museum is through the ground; the former entrance to the underground tram stop. The physical border of the wormhole remains untouched, except by the tramline – the current reality – which is penetrating the ground floor. The skin of the museum is reflecting and displays the distorted image of the busy traffic surrounding the museum, as if the museum does not exist for the people approaching the square.

The museum has intersecting exhibition spaces in, as if multiple realities exist in the same space. Walls and floors are partly made of glass, creating a continuous and intersecting exhibit area of various dimensions that invites the visitor to wander in the world as it could have been. Sometimes the exhibition space intersects with the wormhole, creating a window to the present time.

In the nature of the theme the competition entries were not intended to be realized. 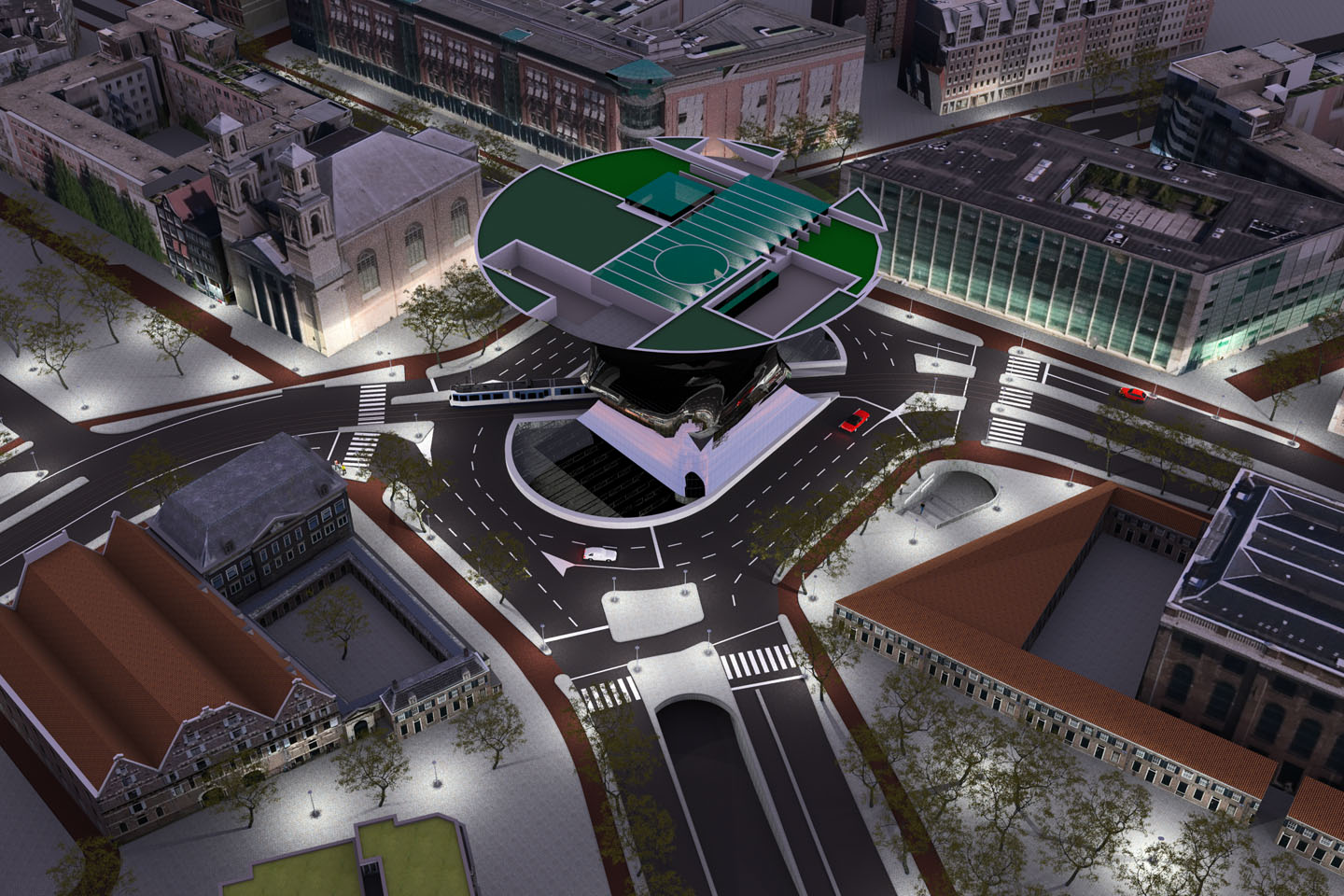 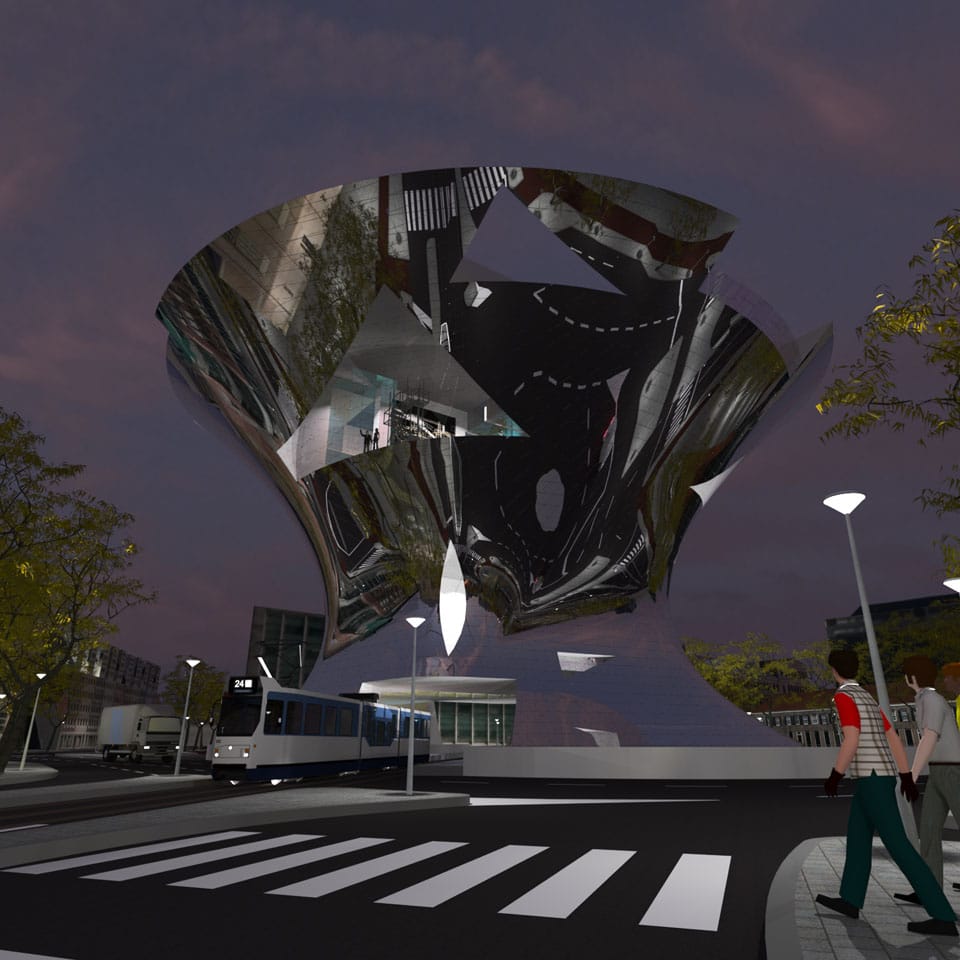 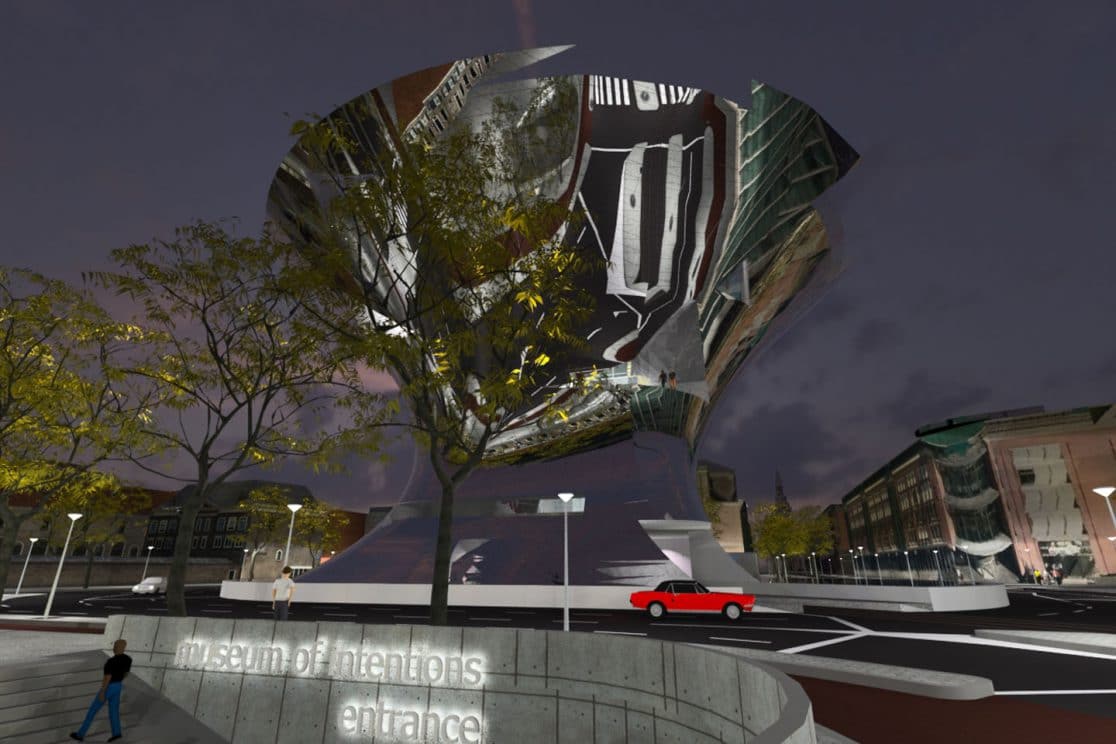 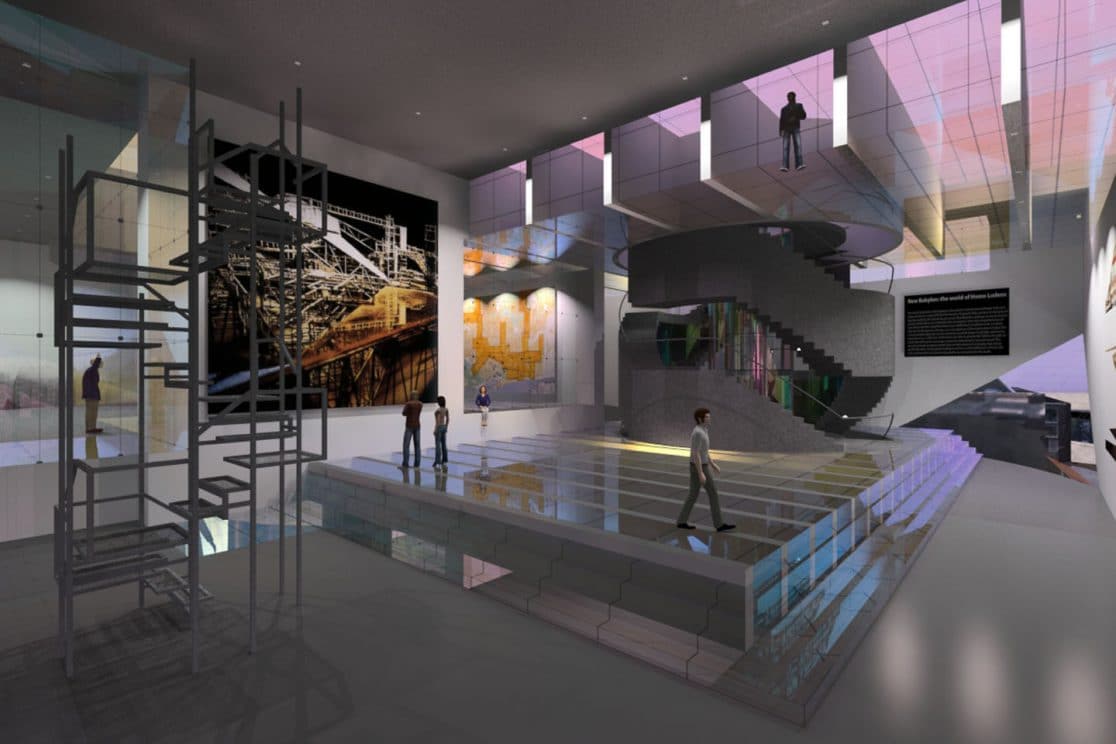 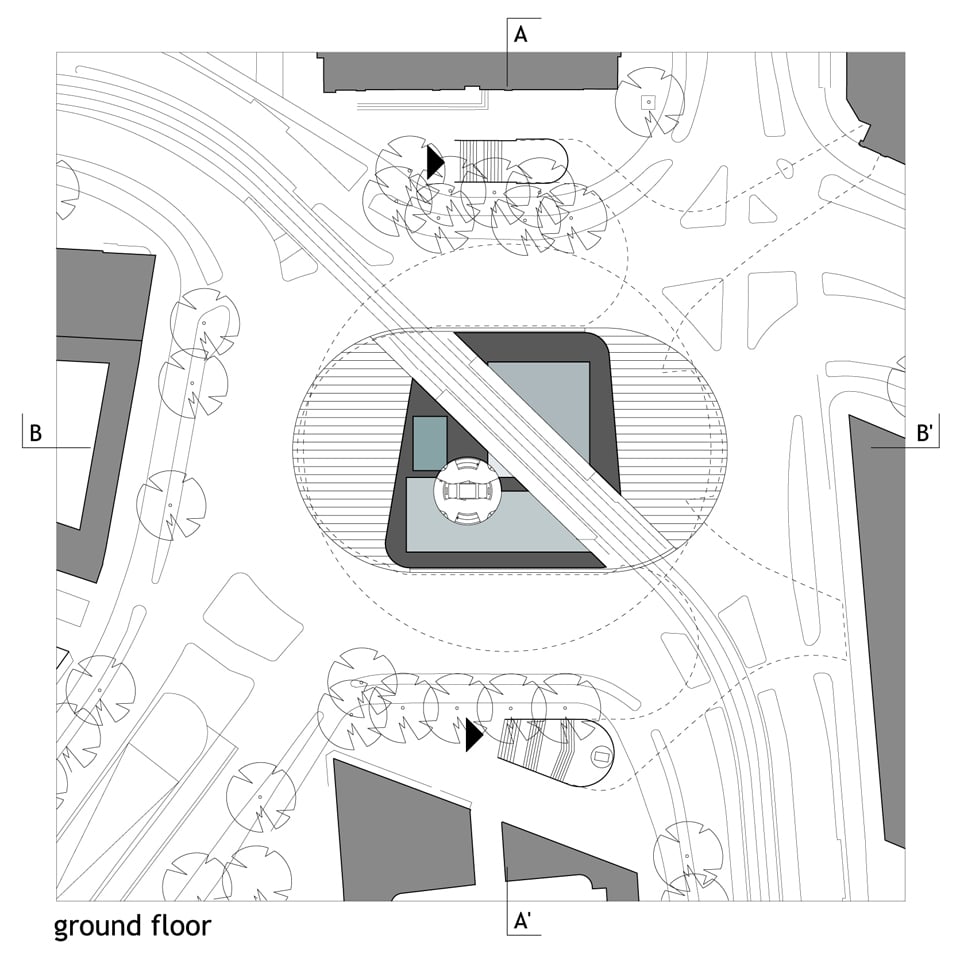 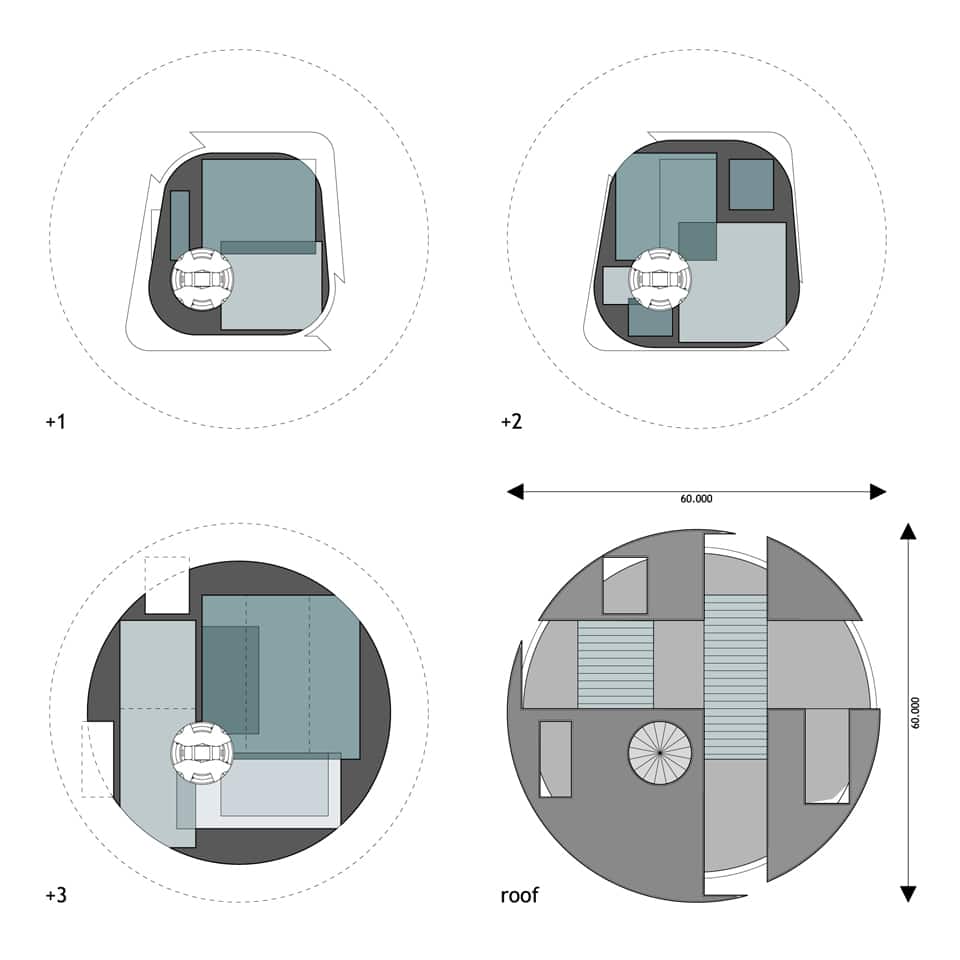 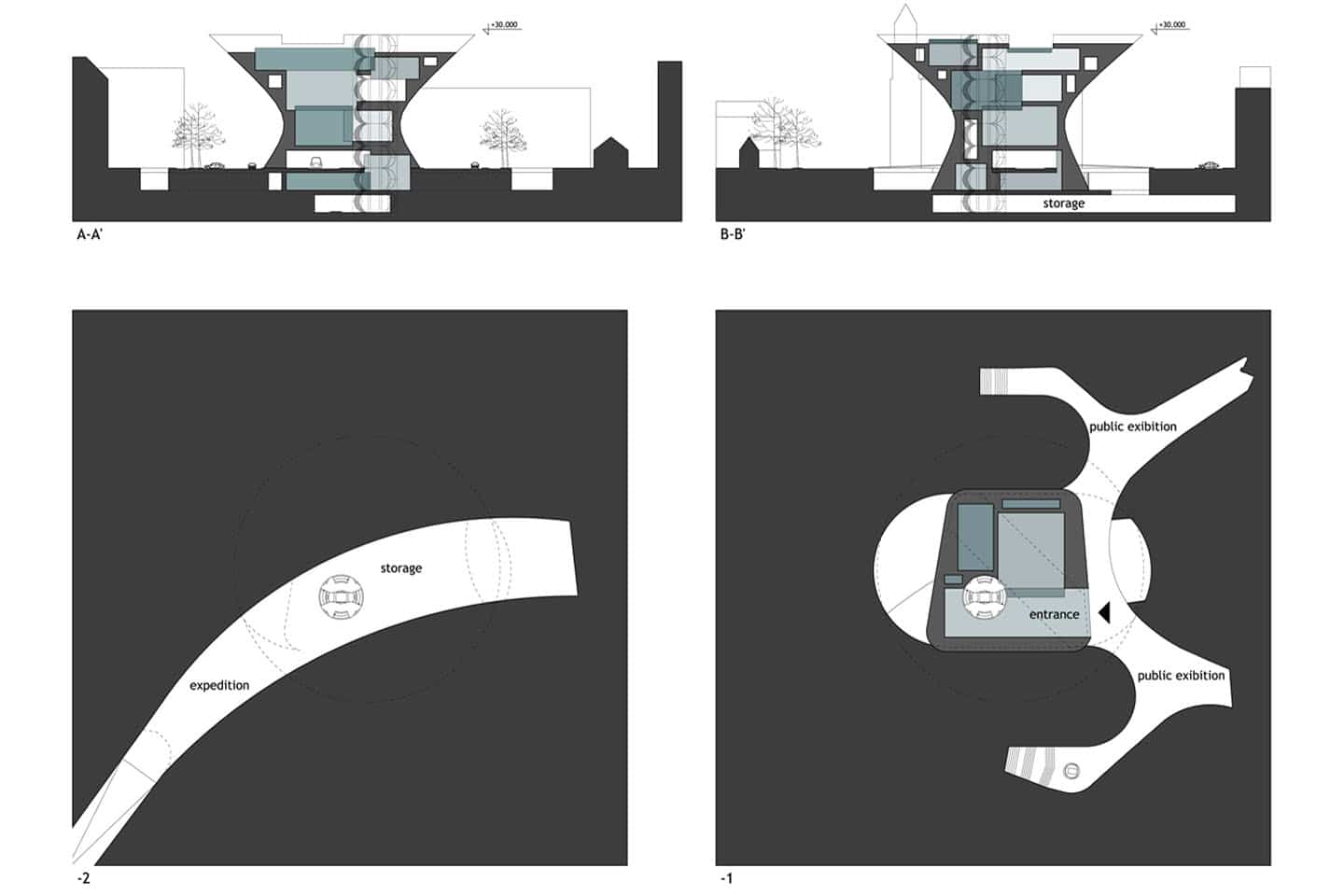 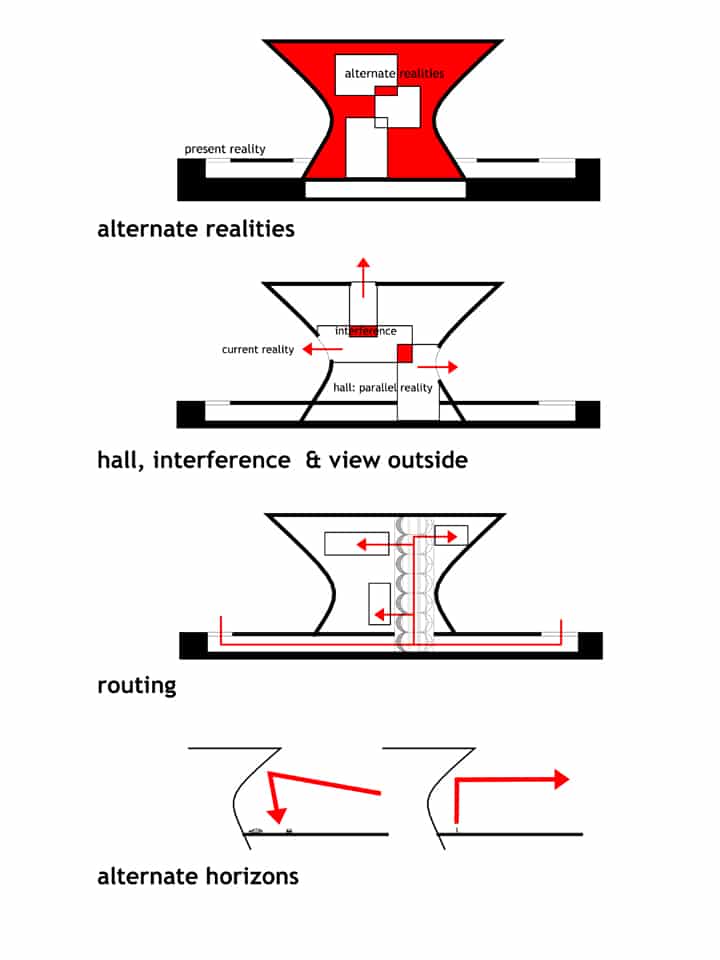