A horse skeleton, based on bio-structural principles

Horses were vital in the development of our modern society. In Amsterdam horses pulled the ‘paardentram’; the first line was between Leidseplein and Plantage and ran from 1875 till 1928. Between roughly 1800 and 1900 the ‘trekschuit’ was the main form of regional transport, and they were pulled by horses. More then 100 regular boat lines departed every day out of Amsterdam.
A horses skeleton, a tribute to the majestic animal and it being a ‘ backbone’ in our societies development, is placed on a crossroad of historical horse tracks of tram- and waterways. The skeleton is created with nature inspired principles; a tensegrity structure inspired by a bone/muscle configuration. An ephemeral skeleton of light.

Bio-Mimicry in structural layout and engineering

The skeleton structural layout is a tensegrity principle; a bone/muscle configuration that redistributes and equalizes pressure and tension forces through its spatial network. It has viscoelastic properties, and the structure will return to its original state after removing a force of impact.
It is a working display of mimicking bio-based principles in engineering in building and design. Calculations and research to conceive the structural balance in this artwork is conducted with nature inspired parametric software: Rhino, Grasshopper and Kangaroo.

An ephemeral figure, abstract yet recognizable, monumental and moving gracefully

Horses are noble animals, and ever so often used in statues. It is the single animal of which we designate their limbs similar to those of the human body – in Dutch at least. Anthropomorphism – assigning human characteristics to animals and objects – as a form of inverted bio-mimicry.
In daytime the skeleton looks ephemeral by its transparent acrylic members. In the night the skeleton glows and seems to float in the air like a ghost, creating a kinetic experience the change of perspective when moving along. The base is open and you can view the skeleton from underneath. The horses feet have dimming lights that suggest movement of the quadrupeds typical pace; ambling, trot, gallopade…

Grasshopper definition and tension/pressure analysis of the skeleton. 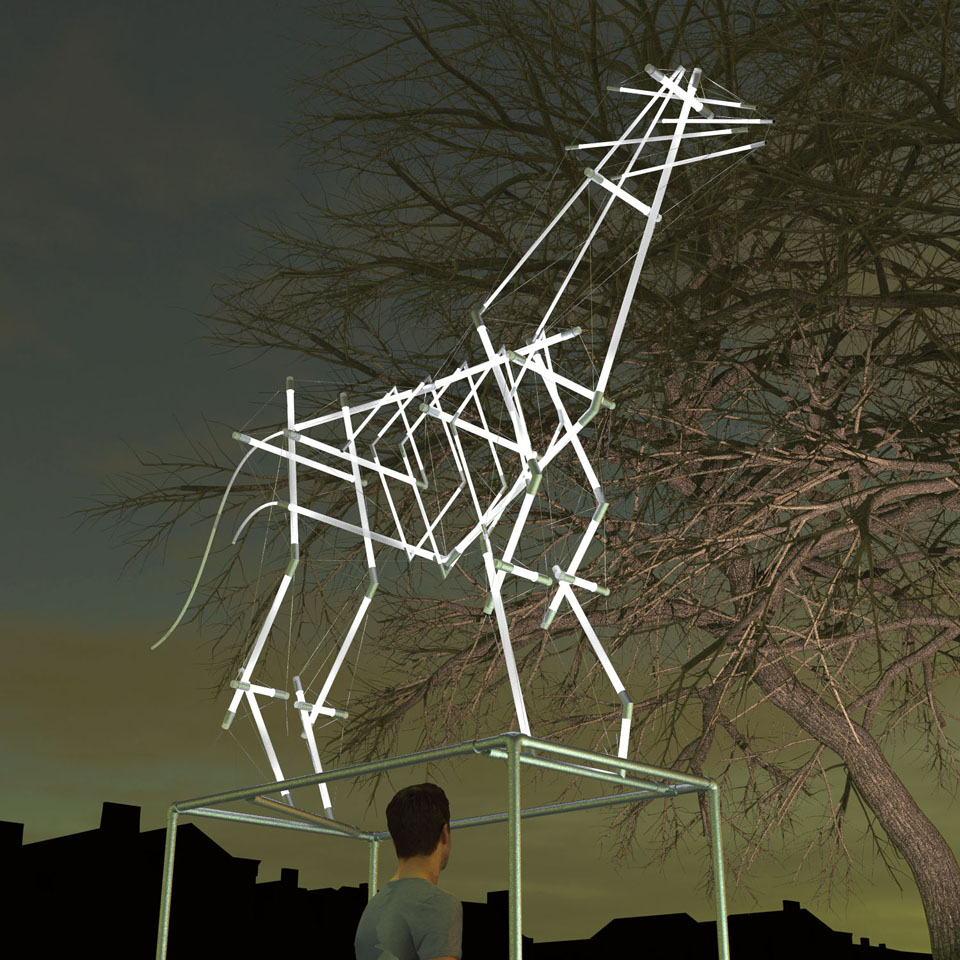 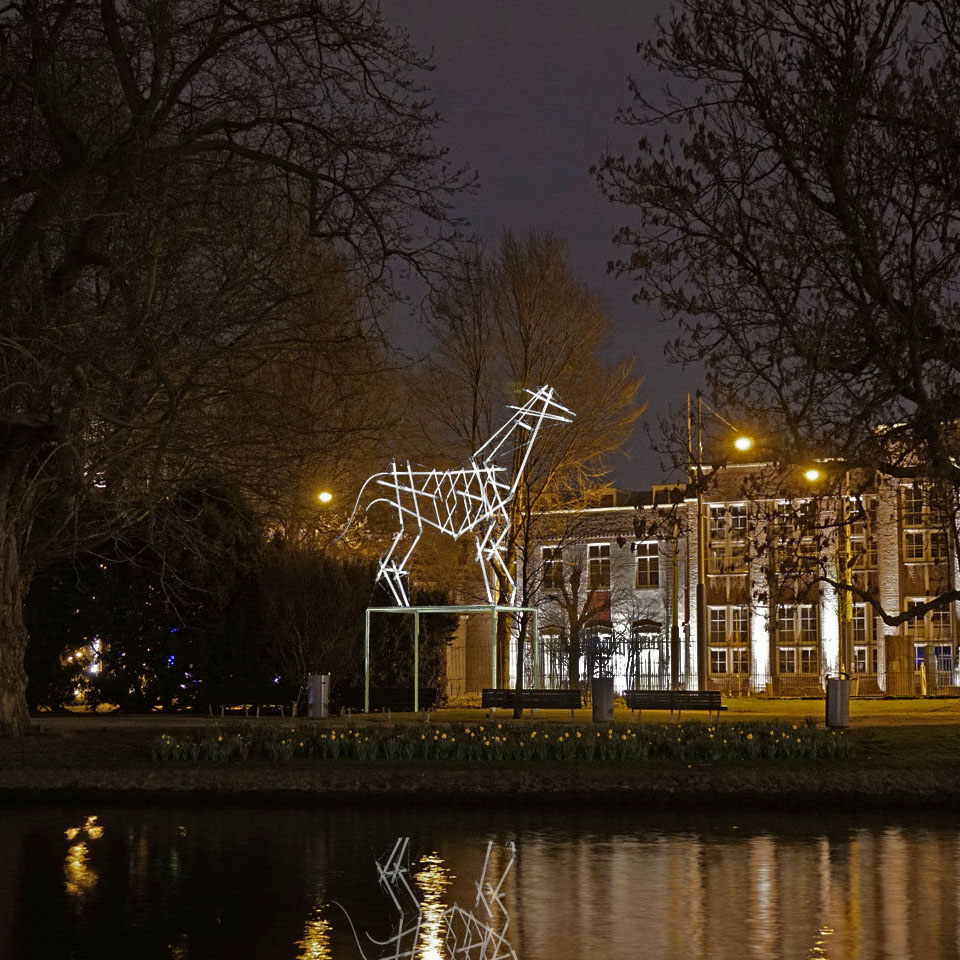 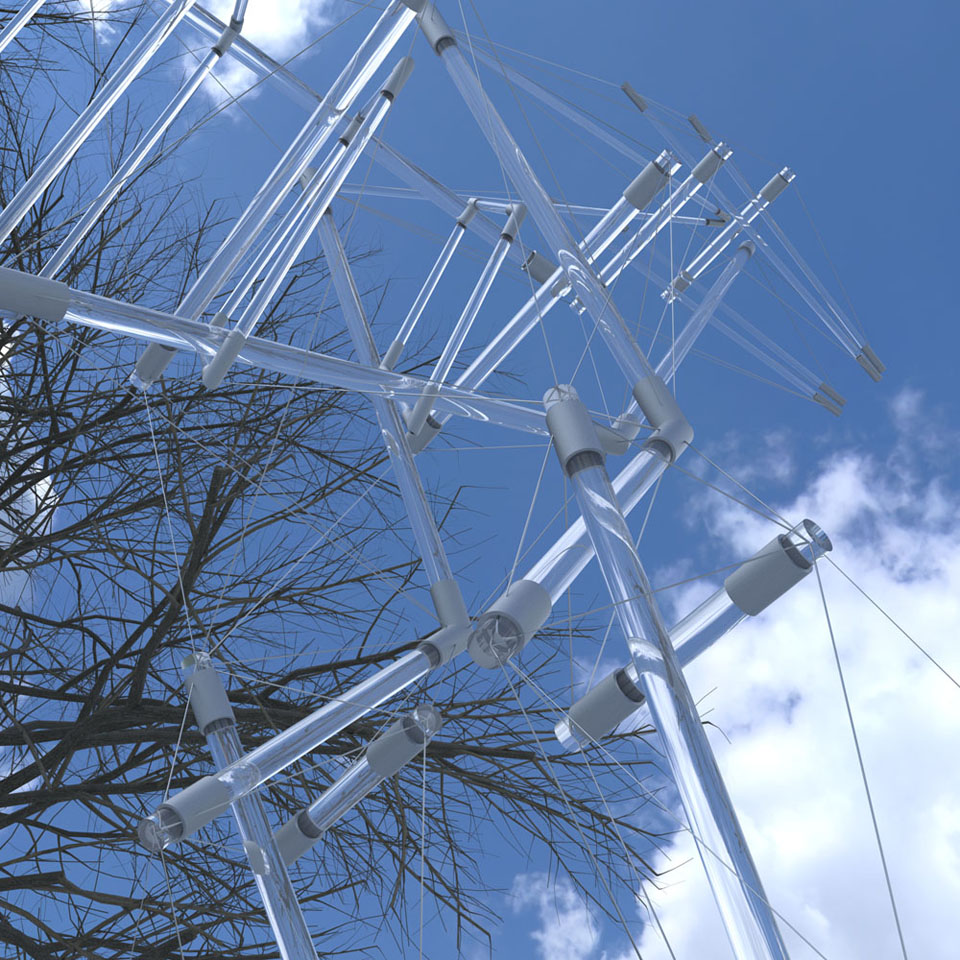 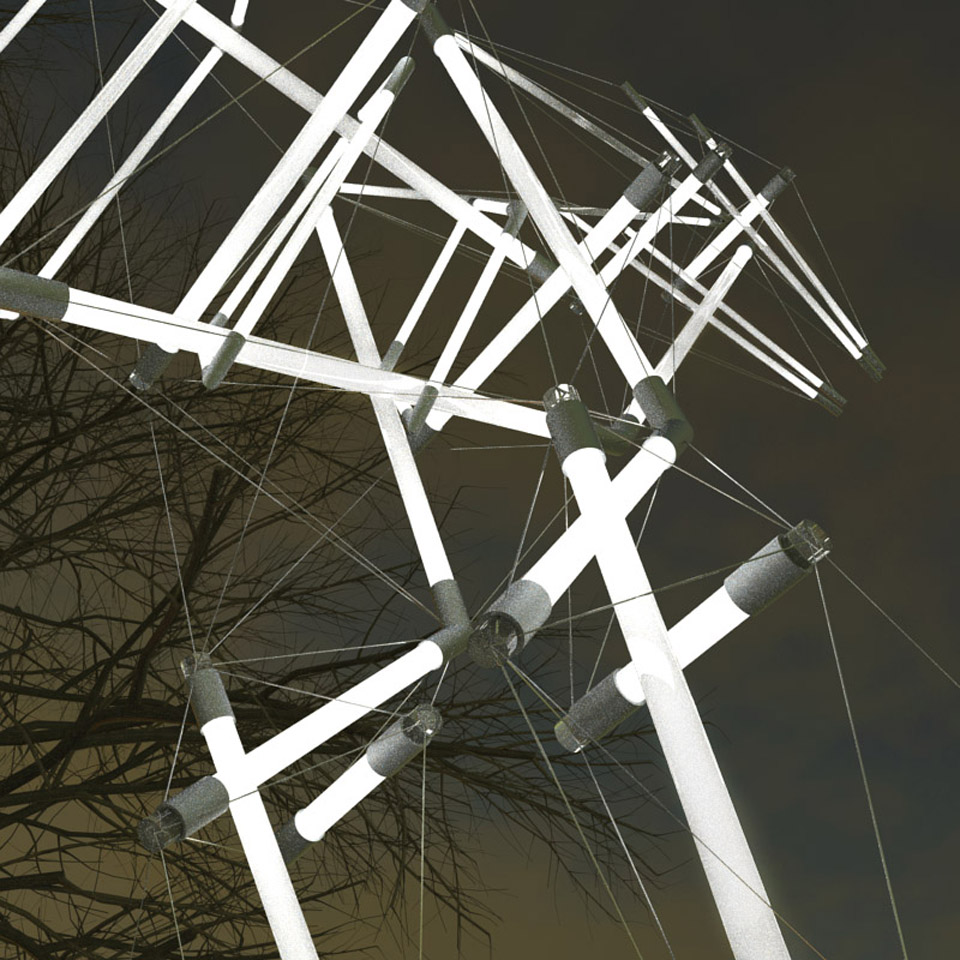 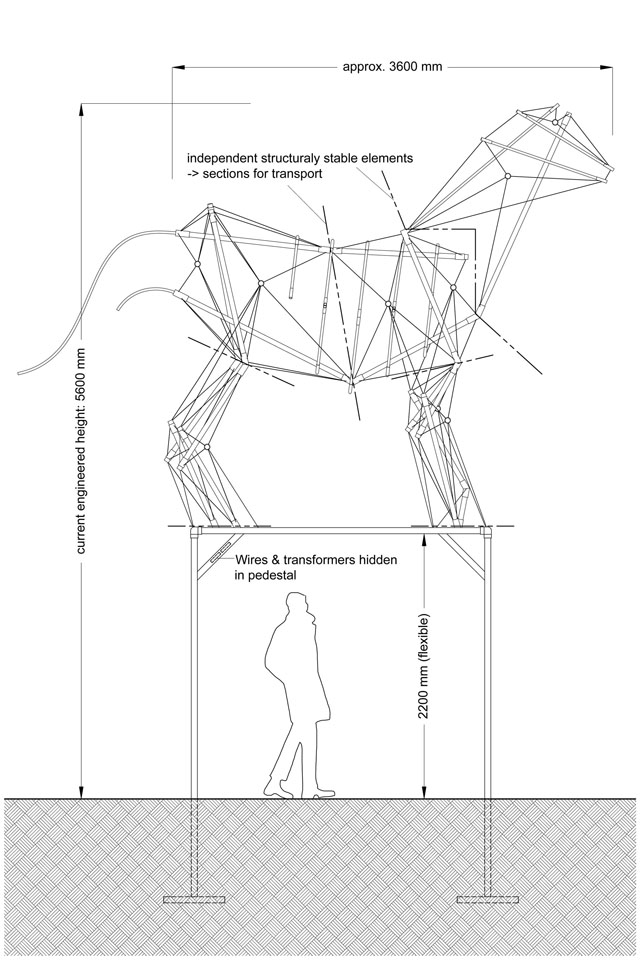